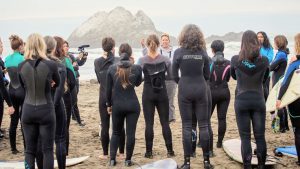 Last year, alongside the Committee for Equity in Women’s Surfing and the Coastal Protection Network, the Surfrider Foundation lobbied the California Coastal Commission to require organizers of the Titans of Mavericks Surf Contest to include women in the competition. 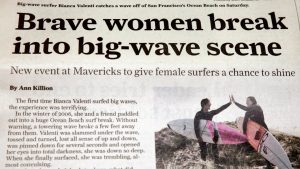 The exclusion of female athletes in years past represented a shady violation of the Coastal Act which enshrines public access for all Californians, from the Smith River to the Tijuana Sloughs. In November of 2016, the Coastal Commission granted the contest organizers the required permits under the condition that female athletes would be welcome to participate. This year will mark the first year that Titans of Mavericks will host a Women’s heat. 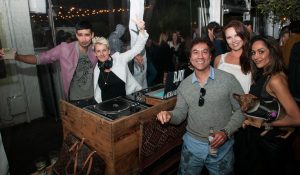 On March 22, World Water Day, the Surfrider Foundation and co-host Keala Kennelly at the Bungalow Santa Monica benefit screened IT AIN’T PRETTY, a new documentary by Dayla Soul that celebrates female surfers on a mission to break the big wave ceiling, followed by a Q&A panel with local female big wave chargers! Yeoww! A portion of all food and drink proceeds went to the Surfrider Foundation West LA / Malibu.