Hold on to Your Butt 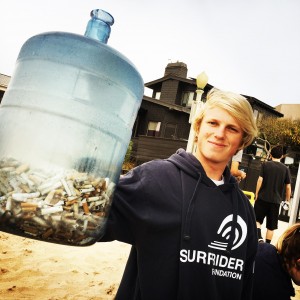 Hold On To Your Butt because the Surfrider Foundation West Los Angeles / Malibu Chapter just brought a new program to our town with plans to do a whole lotta butt kickin’!

Cigarette butts are made from a non-biodegradable plastic containing thousands of chemicals. It’s perplexing to imagine, but more than 4.5 trillion of these butts are littered annually worldwide. Once the butts are tossed, the chemicals they contain are released into the environment within seconds. A single cigarette butt may seem small, but with several trillion thrown on the ground every year, the toxic chemicals and plastic builds up. 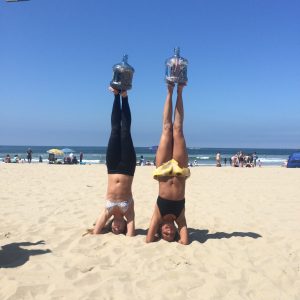 Hold On To Your Butt is a new initiative developed to combat the littering of cigarette butts in Southern California. The group hosts a monthly beach cleanup. During those cleanups, volunteers discovered that cigarette butts are the most common form of litter collected; straws and polystyrene trash are not far behind.

Hold On To Your Butt has been granted support from Surfrider West LA / Malibu Chapter. The mission is to get these dirty butts off the streets and beaches, so they don’t pollute the community beaches we all love. 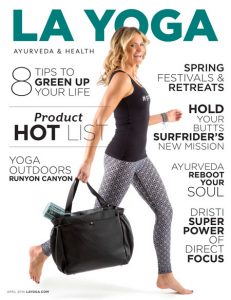 One of their goals is to install cigarette disposal ashcans along the coast from Marina Del Rey to Malibu and eventually inland. Members of the Hold On To Your Butt team will maintain the ashcans and collect the dirty butts. Dirty and discarded butts which will then be recycled through TerraCycle, a company dedicated to “eliminating the idea of waste” by recycling the un-recyclable.

This article originally appeared in LA Yoga Magazine. For more info on our Hold On To Your Butt program click here.