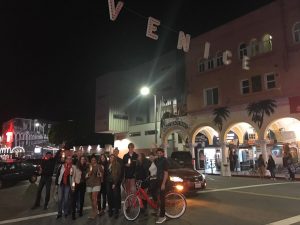 On March 25th, Surfrider engaged the community and asked the Venice Chamber of Commerce to hit the lights on the iconic Venice Sign and stand in solidarity with Earth Hour! This marked the historical beginning of what will inevitably be an annual tradition worth celebrating and is the world’s largest global environmental movement with 178 countries and territories worldwide participating.

Hosted by Sustainable Venice, Earth Hour is more than just turning off the lights at iconic locations. It’s a movement; an awareness to climate change and stand in solidarity with those who want to take action. A movement that seeks to empower people and show them how they can make small, but mighty, changes in their behavior for the greater good.

Flipping the switch on the iconic Venice Sign is just that… a switch in behavior. Sometimes it’s that easy, sometimes it’s not. But, in doing so you can build yourself, and others, up and stand in solidarity for the things that you feel so impassioned to protect.” 60 minutes of darkness at iconic landmarks is only the tip of the iceberg that is more than just 1 hour of awareness regarding our energy consumption. It is a lifetime of practicing environmental consciousnesses and consideration for how each ecosystem directly effects the next. 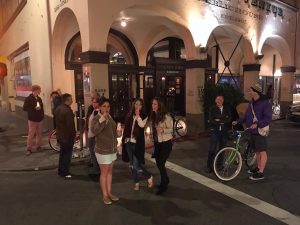 In this case, humans being the cause; climate change being the effect. Powerful ways in which one can protect our oceans, waves, and beaches is by building on, and spreading, that awareness and practicing behavior change. Educating and inspiring others to take positive actions on a local scale is how grassroots movements often make waves that ripple across nations; creating regional, national, and global change. Cause… effect. Ask yourself, “what cause can I get behind ?”